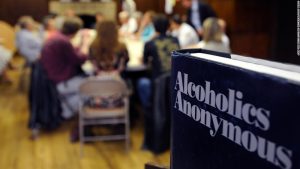 A recently published study demonstrates that Alcoholics Anonymous (AA) is effective in treating alcohol use disorder finding increased rates and lengths of abstinence compared with other common treatments.

help individuals stop drinking and find recovery through a 12- step, spiritual-based program and is the most commonly sought source for help for alcohol problems. Since AA was founded, participants have wanted and researchers have struggled to effectively study AA’s efficacy. Well, wait no longer.

The researchers reviewed dozens of studies involving over 10,000 participants and found that “clinically delivered [12-step facilitation (TSF)] interventions designed to increase AA participation usually lead to better outcomes over the subsequent months to years in terms of producing higher rates of continuous abstinence.” AA was found to be at least as effective as professional treatments for other alcohol-related outcomes such as drinking consequences, drinking intensity, addiction severity and healthcare costs. The study further found AA’s lack of dues and fees helped reduce health care costs.

The researchers commented that to Newsweek, while AA has shown greater success than other interventions, it may not work for all seeking help for addiction. They noted that, for those who don’t find sobriety in the program, there are alternatives, including other mutual health groups like LifeRing, medication, psychotherapy and residential care. “If AA’s not enough or if AA’s just doesn’t fit for you, I hope the person would then try one of those other options.”

News coverage on this article may be found at:

Alcoholics Anonymous may be the most effective path to abstinence, study says, CNN.

Alcoholics Anonymous vs. Other Approaches: The Evidence Is Now In, New York Times.