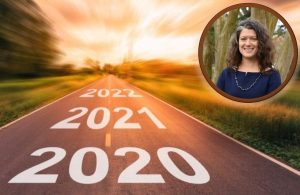 2020 was a very unusual year to say the least. I think about 2020’s potentially historical events and can’t help but look upon all the events my grandmother witnessed during her 92-year lifetime and what we experienced in just 12 short months. My grandmother saw: cars and horses on the same roads, the Titanic sink, WWI, the 1918 flu epidemic, women’s suffrage, the invention of radio, the transition from silent to talking movies, the Great Depression, WWII, the invention of television, the Cold War, the Civil Rights Movement, the assassination of a President, the Vietnam War, the Women’s Rights Movement, hippies, the moon landing, the US Bicentennial, the AIDS epidemic, the Challenger explosion, the fall of the Berlin Wall, the Titanic being found, Hailey’s Comet (twice!), and the beginning of the Internet. We may not have exactly experienced 92 years of history last year, but we have just lived through a year of numerous, incredible, and historical events and in this truncated period of time have had to, if we are lucky, adapt to and grow from these challenges.

In January 2020, I left a comfortable and familiar position as an outpatient clinician at a community services board to embark on this new adventure as the VJLAP Southwest Virginia Program Manager. This change brought about a lot of positive and negative feelings, and, I am so fortunate that through this I have been able to grow and have met so many wonderful people. I stopped driving 40 minutes twice a day and begain working remotely which, at the time, was less common and a huge change. I didn’t know it at the time that I was getting a jump start on what was going to be the norm for so many people in the coming months.

In February, I was meeting a lot of volunteers, judges and other legal professionals, law students, and mental health and substance abuse providers, was getting oriented, and began working with VJLAP clients. This was a fast-paced whirlwind of learning and growing. To keep my balance, I maintained my running routine and ran what is now the last live and in-person race. I had no idea that the rest of my races for that year would be cancelled or moved to something called “a virtual event,” and I would virtually run across Tennessee by myself.

March came. We heard about a new virus. I didn’t know it, but the world was about to change. I remember the last live concert I attended. I saw a jazz band in the Jefferson Center in Roanoke. It was sold out and I had a 2nd row seat. I had a great time and sang along with the band while driving home. I didn’t know that was going to be the last live music event for some time to come. The next week, everything stopped.

April came and the realizations that this virus was going to be here for a while, was very dangerous, and the way we went about our business was going to be drastically different. I had been trying to find a location for Southwest Virginia wellness support groups to meet. I was having difficulty because Southwest Virginia is a large area and there are pockets of clients who would benefit from meetings and groups, but they were not conveniently near one another and no location or few locations would meet everyone’s needs. But, there was a solution I hadn’t known about before. Enter, ZOOM!

Zoom and other platforms have been the silver lining of the pandemic. We are able to come together like never before. It isn’t the same as in-person, but it makes things happen that could not have otherwise been done. I was able to have groups in SWVA because of this technology and having a physical meeting space and concerns about driving distance do not matter as much moving forward.

With this technology, I have also been able to attend conferences and concerts all over the world. I have participated in trivia competitions and quiz shows, attended movie conventions, live tours of European castles, and chatted with people I would have not been able to meet in real life. It isn’t the same and I do want to be able to physically walk back into a Comicon again one day, but for now it’s the next best thing.

Time has felt strange this year. The events I normally mark the year with did not happen and if they happened, they were very different. Holidays were celebrated differently and most were scaled back and subdued. It honestly doesn’t feel like mid-January of 2021 right now as I write this.  Some localities did not celebrate Halloween with Trick-Or-Treating. Mine did, but I delivered goodies to the kids from a 12 foot long tube. Thanksgiving was scaled back significantly. Christmas was very different and we saw 2021 in from our living room with several friends on a chat messenger.

As the human race, we also have experienced a lot of collective trauma, anxiety, and depression in the past year. So many people are experiencing depression who maybe had not previously. People are having difficulty with sleep and are having strange dreams. Alcohol use and abuse are on the rise and people are having to find new ways to cope when the old ways are no longer working.  It’s important to reach out in these times. One thing I have been doing in my personal life is randomly reaching out to people I maybe haven’t talked with in a while. I may just send them a funny meme or ask them how they are. Others have done it for me and it did brighten my day like I hope it helps others.

I have hope for 2021. I see positive events on the way. There was so much disdain for 2020, I can’t help but think we will have a better 2021 just because the numbers did change. We can believe that there are better times ahead. We can make better things happen by trying to see the positives and by trying to be good humans to one another. If you can’t tell, I really appreciate history and I like to think about the other unusual times humans have experienced and how we are still here. We made it through the plagues, wars, social upheaval and changes, economic depressions, and we are going to thrive no matter what.  I wish you a happy and healthy 2021!