Celebrating Our Heritage At Our Annual Retreat 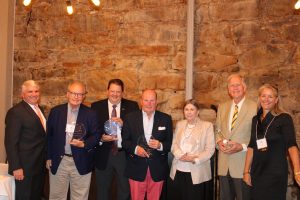 From September 16-18, 2022, well over 50 of Virginia’s legal professionals met in Lynchburg for the VJLAP’s 18th Annual Fall Retreat to “Celebrate Our Heritage.” More than 50 other members joined for our virtual, live-streamed CLE Credits (earning up to 10 CLE hours, three of which were Ethics).

The Retreat brought together judges, magistrates, attorneys, law students, other legal professionals, and many mental health professionals for three-days of professional development and networking. It opened with a dessert reception on Friday with stories from the early days of VJLAP presented by David Mercer. Mr. Mercer not only brought us to the establishment of Lawyers Helping Lawyers as an independent 501(c)(3) organization, he brought us to the beginning of Virginia’s legal community recognizing a concern and taking action to address it through the formation of Virginia Bar Association’s Substance Abuse Committee (SAC) in the early 1980s. 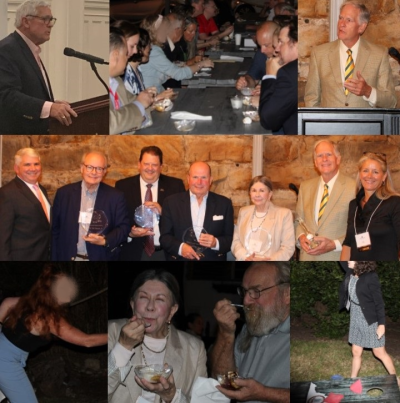 Justice Williams Mims presented a keynote address at dinner on Saturday night on “Servant Leadership.” He introduced his speech indicating that he was not going to talk about his Saab, (much to the chagrin of all the attending Saab owners).  Justice Mims presented mercy as a principle of justice with humility as a centerpiece of mercy. He further stated that “when you apply this as a principle of servant leadership, you will and have achieved transcendence” and servant leaders are instrumental in VJLAP historically and today.

The “Celebrating Our Heritage” recognition ceremony started with a moment of silence in memoriam to those founders who have passed before us including, but not limited to:

Also celebrated were several members who, in their servant-leadership, were founders of the SAC and Lawyers Helping Lawyers:

In between and around all this celebrating, there was an ice-cream social, yoga, and some very competitive Corn Hole matches. Attendees were also able to earn up to 10 CLE credit hours, three of which were for Ethics. Subjects covered were: