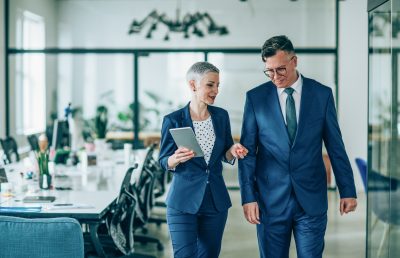 A key piece of Alcoholics Anonymous literature states, “Our stories disclose, in a general way, what we used to be like, what happened, and what we are like now.”

Here is what I used to be like: I occasionally drank a beer or two or a little bit of liquor in high school (in the late 1960’s), but when I reached college I was off to the races. Unlike many alcoholics, I rarely if ever blacked out (woke up with no memory of events during the previous day’s drinking), but I often drank to the point of “praying to the porcelain god.” For just one example, I carried a fifth of Southern Comfort to a football game one Saturday, expecting to share it with some friends, but my friends were nowhere to be found. Well, someone had to drink that fifth of Southern Comfort, and so I did. Some fraction of it returned the way it had come, about the time I reached my apartment after the game. Similar examples could be multiplied considerably.

I also started smoking marijuana in college, and it was my drug of choice from the first time I got high. Alcohol was only second best. But make no mistake—alcohol is a mindaltering drug, no less than marijuana, cocaine, heroin, or LSD. It also is more damaging than marijuana—indeed, it is the only drug whose withdrawal can be fatal—and in the aggregate it probably does a great deal more harm than any or all of the others that I mentioned, because its use is so much more widespread.

Over the years, I at least managed to learn (from a series of monstrous multi-day hangovers) not to indulge in alcohol to the stage of falling-down drunk. But the tradeoff was that I tried always to maintain a constant buzz at a lower intensity. Indeed, I rarely if ever was without a beer close at hand (in a plastic cup when I was driving), unless I was in the office or in court. And I typically smoked marijuana at least 2 or 3 times a day.

There is no real point in elaborating further on the progress of my disease. Suffice it to say that by the mid to late 1990’s, I needed a drink just to stop my hands from shaking and get myself out of the house in the morning; I invariably got high both on my way to work in the morning and on my way home in the evening; and I frequently took a 2- or 3-beer lunch break in mid-afternoon and followed that by driving around for a while smoking my pipe (and I was not smoking tobacco) before returning to the office. I was hopelessly addicted to both alcohol and marijuana—although I did not understand at the time that I was addicted to marijuana, because I bought the old lie that marijuana is not addictive (forgetting the corollary that it can cause “psychological dependence,” which is not greatly less powerful than physical addiction). I knew I was an alcoholic, because I could not stop drinking, or at least I could not stay stopped, no matter how hard I tried. And I knew that I could not buy a bag of marijuana, toss it in a drawer, and leave it until Friday night. If I had it, I would smoke it, daily, and several times a day. Before I found my way into recovery, I was routinely smoking a quarter of an ounce a week, all by myself. As I have sometimes said, I drank many barrels of the one [drug] and smoke many pounds of the other.

It is painful, even now, to recall the toll that my addictions worked on my body, mind, and soul; but I nevertheless hope that I never forget, because the memory is a huge deterrent to any impulse to stop working a daily program of recovery. I never want to return to where I was, and I do not think that I have ever met a recovering alcoholic who does not share that emotion. I have often described the condition from which I escaped—and which awaits me still, if I ever return to those old habits—as suffering, hopeless, and miserable. The “big book” Alcoholics Anonymous speaks of “pitiful and incomprehensible demoralization.” That is an accurate description of my emotional and spiritual state for the last several years of my drinking and drugging. My physical condition was no better. Before I got sober and clean, I had simply forgotten what it felt like to feel good. I could recall that there were times in the past when I used to feel good, but I could not summon up either mental or physical memory of what that was like. I have no doubt at all that if I had gone on another few years the way I was going, I would have been dead long ago.

“What happened.” One afternoon in the spring of 2000, I knocked on my friend Mike’s door. I had not seen Mike for a while, but that was not unusual. His parents had both died and left him at least moderately well to do, to the point that he no longer found it necessary to hold down a job, and from time to time he would jet off to Amsterdam or other locations with lax official attitudes toward drug use and ample selections of available women. But this afternoon was different. Mike stood in his doorway and would not let me come in. He said, “I just got out of detox, I’ve been sober and clean for 30 days, and I’m in kind of a fragile condition.” I understood, of course: my presence would threaten his newfound sobriety. But his message hit me far more deeply than that. Mike had been sober and clean for 30 days! That was almost incredible. Mike was as sick as I was, and we both knew it. (Indeed, we had talked about getting clean and sober, and he had gone and done it). In his words was a message of hope for me: if Mike could be clean and sober for 30 days, then it was just possible that I could do the same. The word “detox” also carried a message of hope: That’s the ticket, I thought. I’ll get detoxed, and then I can just get on with my life.

The solution is not so simple, but it is well worth the effort. It took me another six weeks or so, but on July 6, 2000, I found myself in the offices of a substance abuse counselor. “Have you had anything to drink today?” they asked. “Well, duh!” I thought. “It’s 2 o’clock on a Thursday afternoon. Why do you think I’m here?” Okay, they told me. Don’t drink anything for 24 hours and come back tomorrow. By the grace of God and the power of the AA program of recovery, I have not found it necessary to take another drink or another toke since that day.

“What we are like now.” The AA big book describes the life of recovery, in a passage read frequently at AA meetings and known generally as “The Promises”:

“We are going to know a new freedom and a new happiness. We will not regret the past nor wish to shut the door on it. We will comprehend the word serenity and we will know peace. No matter how far down the scale we have gone, we will see how our experience can benefit others. That feeling of uselessness and self-pity will disappear. We will lose interest in selfish things and gain interest in our fellows. Self-seeking will slip away. Our whole attitude and outlook upon life will change. Fear of people and of economic insecurity will leave us. We will intuitively know how to handle situations which used to baffle us. We will suddenly realize that God is doing for us what we could not do for ourselves.”

My substance abuse counselor instructed me to go to 90 AA meetings in 90 days. When I rolled my eyes and said I didn’t think I had that much time, he asked, “How much time did you spend drinking and drugging?” I didn’t have a good answer to that, so I did what he said. He also advised me to listen to the Promises instead of thinking about something else when they were read. It was good advice. In my early recovery, I could scarcely believe that those Promises would ever come true for me—“that feeling of uselessness and self-pity” still permeated every pore and fiber of my being—but listening to the Promises provided the first vague clue that the AA program offered me something more than just the ability to get through the day without using alcohol or other drugs, which was all that I had even hoped for when I first walked into that counselor’s office.

As the months and years have gone by, I can truly say that the Promises have all come true in my life, with but one exception: I still regret that I was not the father that my children needed when they were younger. I can and have been making a “living amends” to my children for nearly 13 years now, but I cannot go back in time and make right what I did wrong at that time. That aside, however, my life today is indescribably fuller and happier than anything that I had ever experienced, either before or after I began drinking and using. I have been truly and wonderfully blessed. I have been granted “the serenity to accept the things I cannot change; courage to change the things I can; and wisdom to know the difference.”