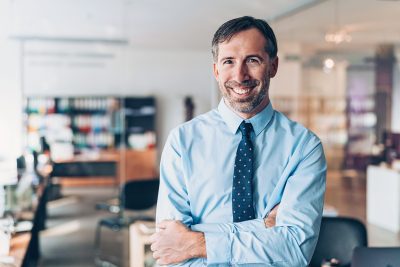 When I look back it always astounds me that I am where I am today, a licensed Virginia attorney.  Of course, this is just one of the many blessings that I have received, but it is the one that I couldn’t have done without Lawyers Helping Lawyers.  This is my story of how Virginia Lawyers Helping Lawyers found me, and how great my life is because of it.

I began drinking and using drugs well before high school. In high school my alcohol and drug use interfered with my life to the point that I dropped out. My parents tried to help me. They sent me to rehab twice and even sent me abroad to keep me out of trouble.  Nothing worked.  Eventually, I came back to the states, got my GED, my Associates Degree, and began working.  First as a line cook and then as a carpenter, both jobs where drinking and smoking pot was more of a requirement than a hindrance.  At some point during this period I was arrested for possession of marijuana, and when I got to court I was given a choice, stay clean for six months or take the charge. I thought it was an easy decision, I took the charge.  I would rather have a blemish on my record than stay clean for any period of time.  I’m not saying that drinking and using drugs was the primary motivational force in my life, though subconsciously it probably was.  What I am saying is that drinking and using drugs was absolutely a conscious consideration in all of my major decisions.

Over the next ten years or so I had many “opportunities” to realize that my life style was killing me, or at least trying to.  For example, when I smashed my vehicle into a parked car, or when my vehicle ended up in the bottom of a creek.  I also had some success which may have helped mask the damage that was being done.  I had a decent marriage, or so I thought, I was finishing my degree, and I lived in a nice home.  When my marriage ended, however, is when the consequences really started rolling in.  At the end I was living in my mothers, with no job, no vehicle and really no life.  Eventually, I was arrested with another drug charge and offered a similar choice to the one I had been given before, through a yearlong drug court program.  This time I chose sobriety.  During the program I finished my degree and decided to study for the bar, even though I was told that there was no guarantee of licensure.

I obviously did well enough to get into law school, and while I was waiting to start law school an attorney I had met in an AA meeting told me to call LHL.  I did and the rest is history.  I went under contract during my first year of law school, and was under contract the whole time I was in law school.  When I passed the bar I knew that I would be on the “blue” list, the list that says you passed, but we are not quite sure about you. So a hearing was held, and in the hearing I represented myself upon the recommendation of LHL and others.  Despite the old adage, that an attorney who represents himself has a fool for a client, it really was fitting for this situation.  At the hearing I was able to prove through evidence such as testimony from Jim Leffler, that I was fit to practice law.  Something I never would have been able to do without LHL.  It is because of LHL that I am licensed today.  I never looked for LHL, but I am so grateful that LHL found me.