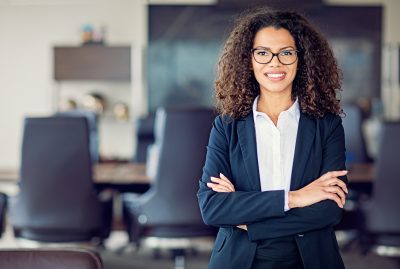 I’m a 49 year old female, a mother, an attorney and an alcoholic. My last drink was 3 ½ years ago and I never imagined my life without alcohol could be joyous, happy and free. My life in recovery is so much more than I ever expected, deserved or imagined. It isn’t perfect by any means (I’m a single mother with two teenagers) but I don’t have to drink today to escape my feelings or emotions. Instead, I can walk through those feelings; I can experience them and know that I will be okay without turning to the bottle of wine to numb my emotions.

I grew up in a middle class family in Northern Virginia where cocktail hour was the norm. I experimented very little with drinking in high school since I really was a geek. After graduating valedictorian of my 550 member high school class, I attended a large Virginia university and enjoyed college life and school activities. I drank socially but not alcoholically until much later. worked hard and played hard, and everyone I knew drank in college. I was goal oriented and focused. In law school I served as editor of the law review, finished in the top of my class and secured a federal clerkship and accepted an associate’s position as a prestigious law firm in Richmond. During this time, drinking was my “reward” for working hard and achieving my goals. I was in the driver seat, or so I thought.

Once out of the academic environment, I had to deal with people and personalities and the reality of life that I didn’t always get what I wanted. It was then that my intense feelings of inadequacy and “less than” started kicking into high gear. I felt I wasn’t smart enough to play in the real world with the “big boys”. This was in the mid 1980s and I thought female attorneys had to be confident, tough and aggressive. I was anything but tough. I was wrought with insecurities. I wasn’t from “money” and I didn’t have the family name. Simultaneously, I had a huge ego and an enormous inferiority complex. I was afraid people would see me for the fraud I was. Not smart, not attractive and certainly not an attorney. When I drank, however, I felt better. My ego was fed and I was more confident, smarter and of course better looking.

As a result of the disease of alcoholism, I tended to isolated from people for fear I would be discovered as a fraud. I also changed jobs A LOT. I rationalize each move as more money, better experience, or more time with the kids. However, if I’m honest with myself, I changed jobs because I couldn’t find the serenity and peace in any of these workplaces. I always blamed work problems on others, (i.e. they aren’t using me to my full potential, or I can’t believe they want me to do THAT) little did I realize the problem was me. It was always about me and how I felt and I was always comparing myself to others. In the employment arena, I tried large firm, in house counsel, trusts, small nonprofit, chambers and large nonprofit all trying to find where I belonged. I even went back to school for my MBA thinking that would open up the perfect opportunity. All along I was placing the blame on others for my unhappiness when I was the problem, not my job, my husband or my family. During this time, alcohol was the only steady comfort I had and I regularly turned to the drink for relief from my feelings of inadequacy, worthlessness and self-pity.

Of course I married a man that drank like I did and the marriage gave me the opportunity to drink without being judged or condemned. At the end of the fourteen years of marriage, we only had the children and booze in common. In my 30s & 40s, I practiced “controlled” drinking, For example, I would only drink on the weekends, not drink in front of the kids, or only drink on a full stomach. I had always been in control of my life and my destiny and I truly believed I could control my drinking. I couldn’t be an alcoholic….I was a woman, a mother and well educated, I had two graduate degrees! What a joke!

I found out through years of “controlled drinking” that once I took that first drink, I was off to the races and there was no stopping me. I craved another and another drink. The more I drank, the more distant and seemingly irrelevant were the values and morals I had. When I drank my moral compass faltered and I was a different person. Mornings after drinking, I would lie in bed with the shame and fear gripping me as I try to recount the night before. What did I say last night? What did I do? Who do I need to apologize to? Foggy memories of the previous night would slowly creep into my mind and I would promise myself I wouldn’t do it again. I even met with a woman from my church who was in AA and listened to her story. She had DUIs and involvement with child protective services. In my mind she was a real alcoholic not me, I was a mother, a woman and attorney. How wrong I was!

Intellectually I knew I had to quit drinking because I was bound to have some serious consequences. I was fiercely self-reliant and believed I had the will power, the strength, and the fortitude to overcome this drinking issue. Inevitably, however, I would fail over and over again. Towards the end of my drinking, my children were noticing and objecting to my drinking, drinking was now an ever day occurrence and early in the day started “planning” how I was going to drink that evening. With a reckless disregard for the safety of others, I was also driving my children and their friends while I was drinking. But to the outside world, I was a role model. I attended church, did volunteer work, and served as room mother for my daughter. Inside, I was a mess and a fraud.

I was seeing a mental health counselor to work through divorce & family issues. When asked how much I drank, I was truly honest unlike the lies I had told all the other doctors when asked about my drinking. This counselor knew the truth about my drinking and my shame. A year and half into counseling and me whining about how other people have “wronged” me….my former husband, my boss, my family, my boyfriend etc. The counselor looked at me and sternly but respectfully said, “I can’t help you until you stop drinking.” It hit me like a ton a bricks. The truth was out, I was at the end of my rope and I had to do something.

I walked out of that appointment on March 3 rd and called that woman from church and told her I needed help to stop drinking. My life had become unmanageable and I was powerless over alcohol. She took me my first AA meeting where I picked up my white chip and surrendered. I’ve been involved with AA ever since.

I am sober today by God’s grace and the program of Alcoholic Anonymous. I am grateful that I found recovery. And, yes, I know many mothers, women and attorneys who are alcoholics.