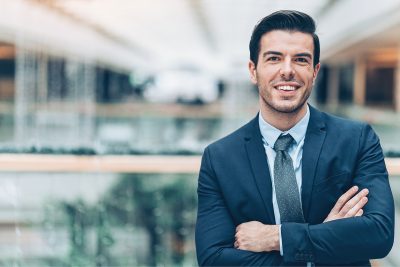 For about twelve years I knew I had a problem, but I did not want to quit, and when the chips were down, and really wanted to quit, I could not; I found myself powerless. I wasn’t a party drinker, but rather a closet drinker. For those 12 years, I drank in excess quietly and generally alone. The last couple of years of this period, I needed about a half of a 5 th per day. I was profoundly worried about my drinking, because I could see what was happening to me. I would quit for a short period of time because I was frightened by what I was doing, but every time my agile brain used my ability to quit for a short period of time as evidence to indicate that I really wasn’t addicted, and I would return to the same pattern. For about three or four years, every morning I would get up, not so much hung-over as completely lethargic, with a feeling of despair, and curse myself, and swear to myself that I would not do this again, that I would break this pattern, never ever again drink. I swore to myself that I would quit. And I would remain firm in that conviction until about 4:00 p.m. when I would start thinking about having a drink, about going home and relaxing with the usual tumblers of vodka. Those thoughts would come to me, and it was all over. The fight ended. The next step was to find a reason to leave the office early and stop at the ABC store to buy just one more fifth of that wonderful clear liquid.

The morning resolution, followed by the late afternoon of repeated drinking, with the pattern repeating itself the next morning, continued for about four or five years. The despair, the sense of hopelessness, and depression grew and grew until one day I heard that there were noon AA meetings two blocks from my office. I was willing to try anything, and taking an hour at noon did not seem that hard. So the next day I went to that meeting, and a new, more hopeful struggle, ensued.

I sat quietly in a corner at that meeting, listening, and feeling very frightened. At the end of the meeting, a gentleman approached me and offered to help me if I wanted his help. He gave me his phone number and asked me to call him that afternoon or evening when I felt the need to drink. I did call that evening, and he helped me through it. He helped me through a bunch of other evenings, offered to be my sponsor and beat home the idea that I had to go to 90 meetings in 90 days. I had all kinds of good reasons why that was impossible (busy schedule, three small children and the like) but he would not take “no” for an answer and pounded into my thick skull that the most important thing in my life at this point was being able to set alcohol aside. He insisted that I talk to him daily and worked with me for weeks to convince me that I had to do whatever was necessary in order to attend at least one AA meeting a day, and call him, as my sponsor, daily. He would tolerate no excuses for why it couldn’t be done. If I missed a meeting, he wanted me to attend two meetings later in the week. He wanted 90 meetings in 90 days, and he wanted it because he wanted me to acknowledge that it was the most important thing in my life. My family, my work, and everything else depended on my being willing and able to do whatever it took to recover from this crazy addiction. I knew well that a train wreck was inevitably in the near future unless I dealt with my addition to alcohol; that was the gift that my sponsor gave me. He helped me see and helped me understand and accept and surrender to the fact that the most important thing in my life was recovery from alcoholism. The 90 in 90 was repeated about five or six times, and he required and insisted on my going to at least 3 or 4 meetings a week after that period of time.

Gradually, I surrendered to his advice and demands because I began to want what he had, and I did not want to go back to that hell of depression and despair that I was leaving behind. I had bad moments, bad weeks, and periods of depression but they grew less frequent and less intense with time. Gradually he and the program pulled me along to a point where I began to appreciate all that I had been given.

AA and my sponsor helped me see, understand, accept, and surrender to that the fact that the most important thing in my life was recovery from alcoholism. And this new vision allowed me to find the real gem, the really big gift: some sobriety.

I have been on the Board of Lawyers Helping Lawyers for several years, and I have been a volunteer since the mid-1990’s, occasionally helping with interventions. Being involved in interventions has shown a very intense spotlight on the gift that has been my sobriety. In almost every intervention in which I have been involved, I have come away with a deepening understanding and awe at the power of addiction. In almost every one of those cases, in spite of overwhelming evidence of chaos and unmanageability, a cunning denial asserts itself and the addiction forces people to say with a phony smile and with seeming conviction that either there really is no problem or to assume that it will simply go away. I have learned that the denial is either in the form of a negation of a problem or a denial that it really needs to be addressed with some effort. And again and again I have seen people want to quit, want to get away from it, but be unable to do so. I hear the words spoken: “I’ve got to quit,” “I want to quit,” “it’s effecting my life,” “I need to quit,” “I need to get away from it,” And yet there almost always is an overwhelming inability to do so. The powerful nature of an addiction, especially among those people that I have dealt with, has profoundly impressed me, and made me how lucky I was to escape the trap.

In summary then, I think I can say that in almost every intervention in which I have been involved, the person with whom I was attempting to intervene, either denied the severity of the problem, and/or expressed an unwillingness to do whatever might be required to recover. It is obviously a cunning, baffling, and powerful disease. I am a lucky man