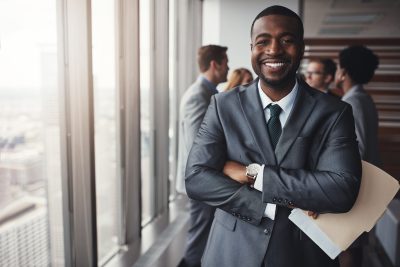 Both my parents drank socially and as far as I know there was no alcoholism in my family. My father had a good career and we never wanted for anything. We did move frequently and I always had the feeling that I did not belong or fit in. When I went to college I started drinking. I did drink more that most of the other students, and my grades would have been higher if I drank less, but my drinking substantially decreased when I went home for the summer for a summer job. After college I got married and the United States government though I should visit Southeast Asia. While in the military I did get drunk a few times but in general I drank about the same amount as the other soldiers and alcohol was not a problem.

After I got out of the military I got a job working for an insurance company in New Jersey and one year later started attending law school at night. During that time my drinking decreased substantially and alcohol was not a problem. After I finished law school the insurance company I worked for offered me a job in their corporate law department in the home office in Illinois. I told the company that I would have to discuss that with my wife. She told me she was very supportive of my moving to Illinois because she had decided to dump me and it would make it a lot easier for her if I moved. When I got to Illinois, I found out that as a single guy with a full time job and a valid Illinois driver’s license I could get some women to go out with me. Plus I started going to disco clubs and other bars when I could meet women. This is when my drinking stared to escalate, but for the most part I drank on weekends and was not getting drunk every weekend.

After two years in Illinois, I was offered a promotion that involved relocating back to New Jersey. I was back in the office where I started as a trainee, but now I was a big shot with my own parking space, office and secretary. Best of all, my boss was in Illinois and I could come and go as I pleased. My drinking really took off and within a year I was drinking daily and getting drunk two or three times a week. I did get married again and started a family (three kids) but my drinking continued unabated. My drinking pattern for the sixteen years I was in new Jersey was as follows: I would have 3 to five drinks at lunch (Jack Daniels on the rocks), I would stop at one or two bars on the way home and I would keep drinking continuously once I got home until it was time to go to bed. I added to my adventures by continuing the quest for women that I started in Illinois, so I didn’t always get home on time. On weekends I actually drank a little less because I did not start drinking until 4 or 5 in the afternoon. Of course once I started, I drank continuously until it was time to go to bed.

My job did involve travel and I was able to up my consumption of alcohol when I traveled. I would leave for the airport early enough to stop at a bar, have drinks at the airport and then I would drink on the plane. When I landed I would have a quick drink at the airport bar before I went to get my bag. I would eat at a nice place and drink through dinner and then head out to drink and chase women. There were occasions on my return where had no idea where I had parked my car which can involve a long search at the Newark New Jersey airport. Believe it or not, I was getting my work done. One day my boss’s boss called me to tell me that my boss was retiring and I was asked if I would move back to Illinois to take his job. This time my wife, along with the three kids moved with me.

I had to change my drinking pattern once I got to Illinois because I could no longer escape to drink at lunch. The new pattern that emerged was hitting the bar around 5, having 3 to 5 drinks and then drinking at home, again until it was time to go to bed. Chasing women was getting in the way of my drinking so I cut that out. My weekend patterned stayed as it was in New Jersey. The first time I thought there might be something wrong with what I was doing occurred in the bar I drank at. One of the regulars was a man who had been fired from his job, kicked out of his home and was sleeping on a couch in the apartment of one of the other regulars. I was drinking with him when I thought “Boy! I wish I could be just like him, he can just sit around and drink all day.” So here I was – a guy with a good job, a wife and three kids, a 4 bedroom house on 1 acre, 2 cars a dog & a cat but I was admiring this guy’s life. I knew that my thinking was not right, but I decided to just keep drinking.

One evening my wife had had it and in order to calm her down I agreed to call Employee Assistance where I worked. The day before I met with Employee Assistance, I had my last drink (vodka so my wife wouldn’t smell it on my breath). That was 19 years ago. Employee Assistance got me to agree to let someone (another attorney) who was a member of Alcoholics Anonymous call me. He invited me to have coffee with him and another AA member attorney and they talked about how AA had helped them and they invited me to a meeting that was a men’s meeting held at 7:30 A.M at a diner in Mt. Prospect Illinois. I paid close attention in that meeting and quickly realized that those guys drank just like I did, but now they were happy, enjoying themselves early Sunday morning instead of sleeping it off. I knew that I wanted to stop drinking so kept going to that meeting. After 30 days they gave me a 30 day medallion. I was amazed that I had not had a drink for 30 days and realized that AA was going to work for me. I started attending other meetings and reading the literature.

I did not believe in a higher power, but decided to stick with AA anyway since it was working. One night only one other person showed up for a meeting and we decided to go ahead with the meeting. After we started, I realized the there was a third presence in the meeting and that’s when I knew there was Great Spirit that would help me stay sober. That Great Spirit and others members of Alcoholics Anonymous allowed me to become honest with myself and to work the 12 steps. I had to face the reality that I had been a very self-centered and selfish person for my entire life. I learned I had a fear of people. I leaned that if I worked at it certain promises would come true. The fear of people quickly left me. When I worked at it and continually asked the Great Spirit for help, I could be less selfish and self- centered.

One day the company I worked for offed an early retirement option and I accepted. I found a job in Richmond Virginia and moved here with my family. I immediately found AA meetings, got a sponsor, and continued to work the 12 steps. Today I am active in my home group, sponsor other men, and try to remember to ask the Great Spirit for help in practicing the AA principles in all my affairs. I am a happy and grateful guy.