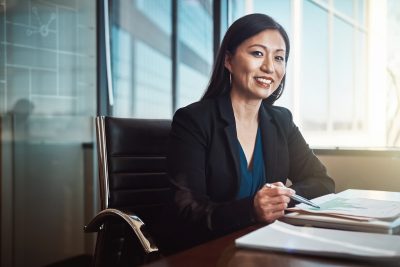 I often think that a proper perspective on life is one of the most difficult states for people to attain.  Such a perspective would allow one the ability to see clearly the contours of his life, learning from his past mistakes and embracing a Carpe Diem attitude daily as a necessary follow on of his former condition.  Of course, I too, have no inherent mastery of this life skill.  Up until a dreary Saturday in late October 2011 I didn’t believe a proper perspective on life could ever be attained.  To call me a skeptic or naysayer would be putting it charitably.

I had been ravaged by the disease of alcoholism, leaving the all too common trail of detritus in my wake.  Nothing was spared.
Relationships with friends and family, finances, a promising career, my once good health and my feeling of self-worth all littered the well-worn path so many alcoholics have trod.  Scarcely could I have known as I approached what the “Big Book” calls “the jumping off point,” that I was actually approaching a line of demarcation in my life that would provide me a starkly different way of life.  One that would allow me to begin to recover so many of the things that I had left in my wake.  One that allowed me to
embrace each day with a sense of joy and vigor.  And most importantly one that afforded me a relationship with a God of my
understanding.  In short, I was given, unbeknownst to me at the time, the gift of perspective.

My recovery from the disease of alcoholism has been centered on the 12 steps of Alcoholics Anonymous.  As such I am active in attending meetings, reading AA literature, meeting with my sponsor and sponsoring others.  I have also been an active and regular participant in the Virginia Lawyers Helping Lawyers Program.  The meetings every Wednesday night are a staple of my weekly meetings.  I have developed deep and personal ties with others who attend.

Though I was lucky enough to have not done any real damage to my licensure status as a member of the Bar, my professional identity and confidence had been crushed prior to becoming involved with LHL.  LHL has helped me reconnect with a profession that I quite honestly questioned whether I had any future in.  While my present career path is not in the active practice of law, LHL has certainly afforded me the option of reentering practice should I ever choose to.  Ironically, the courage to strike out into an unfamiliar and new career path was in part due to the renewed sense of confidence that LHL helped foster.

LHL has provided me with a peer support network that is hard to replicate using an AA only model.  AA is still my primary support group, but I have found LHL to be a wonderful accompaniment.  While I may not practice law today, I still think like a lawyer.  Three years of Law School training along with several years of clerkships and active practice left an indelible imprint on my thought processes for both good and ill.  And since addiction is primarily a disease of our minds, it has been an incalculable benefit to have the access to and support from a network of similarly programed and situated peers.  A quick survey of the Big Book shows that the legal profession was well represented among the pioneers of AA.  Most studies I have seen indicate that addiction continues to strike disproportionately among our profession.

Most importantly LHL has provided me a way to give back to those who are just beginning there on journeys in recovery.  I am forever indebted to those both in AA and LHL who were there for me when I began my own journey.  It truly takes a village.

Approaching my third anniversary of sobriety I am thoroughly convinced that without all of the components of my recovery program the pernicious disease of Alcoholism would have rendered me a footnote in history by now.  If I were lucky enough to have cheated death there is simply no way I would be a functioning, productive and contributing member of society.  I would not have regained my career.  I would not have had the chance to become a husband and father to two beautiful children, to help others struggling to overcome addiction or to live life in the moment with a deep sense of gratitude.  I could not have envisioned the way my life has turned around if you told me just three short years ago.  Fortunately something far more powerful than myself had other ideas.  That dreary October has become my personal line of demarcation; and it has afforded me that wonderful gift of perspective.